THE DEPARTMENT OF AGRICULTURE

THE DEPARTMENT OF COMMERCE

THE DEPARTMENT OF DEFENSE

THE DEPARTMENT OF EDUCATION

THE DEPARTMENT OF ENERGY

THE DEPARTMENT OF HOMELAND SECURITY

THE DEPARTMENT OF HOUSING & URBAN DEVELOPMENT

THE DEPARTMENT OF JUSTICE

THE DEPARTMENT OF LABOR

THE DEPARTMENT OF THE STATE

THE DEPARTMENT OF THE INTERIOR

THE DEPARTMENT OF TRANSPORTATION

THE DEPARTMENT OF THE TREASURY

THE DEPARTMENT OF VETERAN AFFAIRS

THE DEPARTMENT OF JUSTICE

It’s mission is to enforce the law and defend the interests of the United States according to the law; to ensure public safety against threats foreign and domestic; to provide federal leadership in preventing and controlling crime; to seek just punishment for those guilty of unlawful behavior; and to ensure fair and impartial administration of justice for all Americans.

The Office of the Attorney General was created by the Judiciary Act of 1789 (ch. 20, sec. 35, 1 Stat. 73, 92-93), as a one-person part-time position. The Act specified that the Attorney General was to be “learned in the law,” with the duty “to prosecute and conduct all suits in the Supreme Court in which the United States shall be concerned, and to give his advice and opinion upon questions of law when required by the President of the United States, or when requested by the heads of any of the departments, touching any matters that may concern their departments.”

By 1870, after the end of the Civil War, the increase in the amount of litigation involving the United States had required the very expensive retention of a large number of private attorneys to handle the workload. A concerned Congress passed the Act to Establish the Department of Justice (ch. 150, 16 Stat. 162), creating “an executive department of the government of the United States” with the Attorney General as its head. Officially coming into existence on July 1, 1870, the Department of Justice was empowered to handle all criminal prosecutions and civil suits in which the United States had an interest. To assist the Attorney General, the 1870 Act also created the Office of the Solicitor General, who represents the interests of the United States before the U.S. Supreme Court.

Can You Make Videos Like These?
Submit Your Resume for The Community On Demand
JEM-TV Internship Program

Are You Ready To Play?

Find An Opportunity
Identify a service area that has socio-economic conditions that are negatively impacting your College Town community.

Plan & Investigate
Use the service goals and digital badge collections of this STEM++ Pathway to develop and execute a plan of action.

Draw A Conclusion
Select or create a service-learning project to develop possible solutions to reduce, improve or eliminate the socio-economic condition.

Present Findings
Earn digital badges & Skillcoin Rewards™ when you present your solutions to members of your College Town community.

Incorporate Partners In Education from segments of the travel industry available within their College Town community into their Operation Restoration service-learning project.

Examine the products, services, and packages offered to business and leisure travelers by different types of businesses within their College Town’s travel industry.

Investigate and report trends, technology, and customs in the hospitality industry while developing customer service policies and procedures for their JEM Team.

Secure a STEM++ mentor from a leader, supervisor or employee in the travel, tourism, and hospitality industry to support their JEM Team and Operation Restoration service-learning project.

Click each service goal below to view the current list of service-learning projects offered through our Partners In Education Network.

To earn your digital badges & Skillcoin Rewards™, use this submission form to provide the following information:

—  NEXT Steps Partners In Education  — 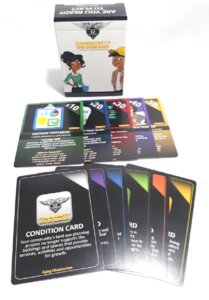