The Revolution of STEAM Education

The Inspiration Behind The #upwardsspiraling Movement

I recognized her gifts and talents as early as 10 days old. As a baby, she had a fiery spirit and steadfast will that made me feel as though she had already been here before. Jalen inspired me to create NEXT Steps to simply give creative spirits like hers the freedom required to fully express their thoughts and innovative ideas and possibly turn them into actions that could, one day, benefit society. – Dana Jewel Harris

Jalen was an advanced student and scored high enough on the military aptitude test to be offered a $19,000 signing bonus, five pages of career opportunities, and top security clearance for the Navy. Jalen was part of numerous leadership groups, managed several sports teams in high school, and won several trophies and contests. She was highly competitive, bossy, and driven. Her passion and her emotions knew no bounds when she believed with her whole heart. Yet, in spite of being a winner, Jalen suffered from depression and was bi-polar.

Being bi-polar meant whatever Jalen thought, believed, and felt — it was intensified and magnified by 10,000. Whether she was happy, sad or angry, she experienced those feelings at unprecedented levels. There was no in-between, so her energy was always raw, unfiltered and extreme. It’s what made hard times EXTREMELY harder for Jalen and our family but made her who she was. Layered on top of her creativity, the complexities of her mind and imagination took the illusion of unwinnable hardships to even higher dimensions to the point where she ultimately decided to use suicide as a permanent solution.

In spite of her circumstances, Jalen was a winner. Her downfall was not being bi-polar,  she just HATED asking for help. She always did things according to her own terms (including her death), but it often led to many disappointing and heartbreaking outcomes. So battling depression alone made living life unbearable.

A few months before Jalen died, she started meditating, detoxing, and spiritually cleansing herself. She marked this transition with her first #upwardsspiraling post on Twitter. She had even written a serenity prayer and posted it on her wall as a daily reminder to stay calm and positive. I was so proud of her progress and her personal decision to Do Better. Think BIGGER!

She has always been my muse, my inspiration and my purpose. So, to honor her legacy, I will continue using #upwardsspiraling and fundraising on her behalf to send a message to kids just like like her.

If you are out there battling depression, heartbreak, disappointment and stress, I want you to fight, claw and dig your way out of your situation #upwardsspiraling:

1. Take a pause and breathe
2. Re-assess the power and value of your skills
3. Come up with a new plan of action, and
4. Ask for help to make it happen

I love you and miss you Jalen! 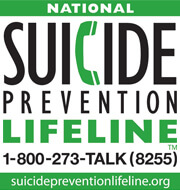